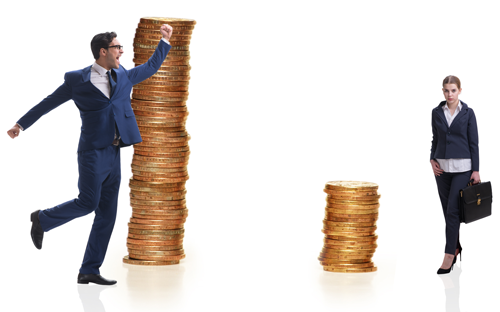 Lots of jobs have similar skill levels.  When the jobs were primarily completed by women the pay was lower than if they were completed by men, for example, cleaning lady/housekeeper and janitor/custodian which is what Pay Equity is intended to correct.

Equal Pay for Equal Work was implemented to ensure that gender was not used as a reason to pay people differently.

It doesn’t take anyone long after they start working to know that the mostly valid reasons for differences in pay include the knowledge, skills, and abilities required to do the job,  location, size of the company, the role of the job within the organization, and the industry.

On Tuesday (14.01.2020) CBC reported on Canada’s Labour Market Information Council’s (LCMI) research results on the pay gap between men and women saying, “Women earn an average of $5,700 less than men just 1 year after graduation – an average of 12 percent less!  AND, that gap widens to 25 percent five years after graduation, when women make an average of $17,700 less across all disciplines.”

So here we are half a century later and the story is the same.   YES – REALLY and STILL!!

Your cart is empty